Sunday, August 23rd – 4:30-6:30 pm
Take a stroll through the history of the jazz piano with Macy Blackman Piano Professor Macy Blackman takes a musicologist’s stroll through the history of jazz piano in a couple of sets on Sunday, the 23rd, with Bing Nathan on bass.

Macy has often graced our stage with his band the Mighty Fines, playing the fabulous music of New Orleans R&B. Indeed, hearing Macy is like stepping into an uptown New Orleans club like the Dew Drop Inn circa 1955.  He’s been playing this music since it really wasn’t very old.

Born in 1948 in Wilmington, Delaware, Macy spent his formative years in the Philly area. While in high school he formed The Evergreens, a band which specialized in backing up classic R&B groups such as the Orlons, and Lee Andrews and the Hearts.

From the mid-1970s on, in New York City, he specialized in New Orleans R&B because of a friendship with one of its masters, drummer Charles “Hungry” Williams. Through Charles he met and performed with Mac Rebenneck (aka Dr John). Macy also played with a wide range of musicians regularly backing up The Drifters and The Coasters.

Macy had an incredibly overworked band called The Rockin’ Rebels. Averaging over 300 gigs a year for fourteen straight years, they regularly played at The American Festival Cafe at Rockefeller Center and countless clubs and street festivals.

Graduating NYU in 1970 with a degree in music, he has been a longtime vocal and instrumental instructor. Also a master piano technician, his East Coast clients included Patti Smith, Oliver Lake, Rasheed Ali and good friend, Keith Richards. 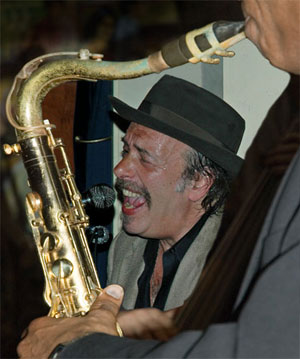 A renowned musicologist, Macy moved to San Francisco in 2000 to teach courses at UC Berkeley. These popular classes explored major American musical styles of the twentieth century – rhythm and blues, swing and classic jazz.  He’ll be putting on his professor’s cap this afternoon at Bird & Beckett.  You don’t want to miss it!