Paul Griffiths is a singer/songwriter known and widely admired for such timeless classics as “Headless Body in a Topless Bar.” Tonight, his Scofflaws include Charlie Hancock, Sean Silverman and Randy Lee Odell.

Meredith Edgar plies the same trade, writing and performing her songs about bittersweet love, drowning, mistakes, the ocean, and the dark underbelly of relationships.

Drummer Randy Lee Odell puts together the shows for the first Thursday of each month, in our “canyon moonlight” series… 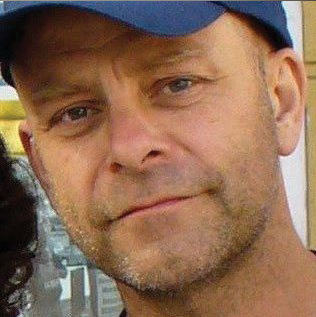 Born at an early age in Manchester England, Paul Griffith’s “at times comic, at times tragic” original songs have been characterized as “Briti-Cana: Americana with a British flavor.”

From Bristol England to Bangkok Thailand, from Burmese border towns to Saigon, Paul considers himself lucky to have made music in exotic sounding (at least) locations, eventually finding kindred spirits and a musical home in the Bay Area, honing his songwriting and performing skills along the way.

In the last few years, Paul has shared stages with some of his favorite local and even a few internationally known musicians, performing original material with his band The Scofflaws. Meredith Edgar is a San Francisco native, recently returned from a five-year stay in Austin, Texas. With some of her major musical influences being Ryan Adams, Billie Holiday, Morphine, Gillian Welch, Amy Winehouse, and Jolie Holland, Meredith’s songs are melancholy and melodic, and combine her loves of folk, jazz, and Americana.